What is Via in Pad?

Via in pad is a process that is widely used to accommodate high density interconnect technology. Via in pad is belong to the plated holes and can be simply understood as a via hole in a metal pad. 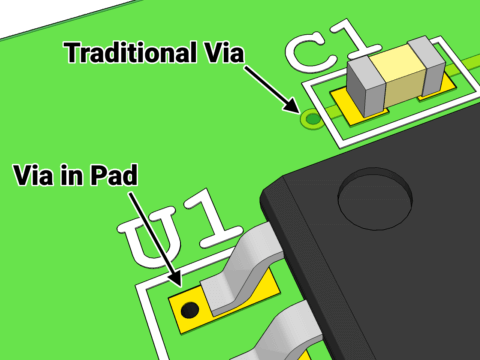 As electronics are becoming smaller and smaller, circuits are becoming denser and denser, meanwhile, the chip component sizes also tend to smaller, frequently there is no more space left for the via holes. For example, for a BGA with a pitch less than 0.6 mm, the engineer isn't able to put the via hole beside a BGA pad (according to MFG rule), the solution is to place it in the pad, which is via in pad.

But sometimes, via in pad is not a last resort, because it also has the following advantages. 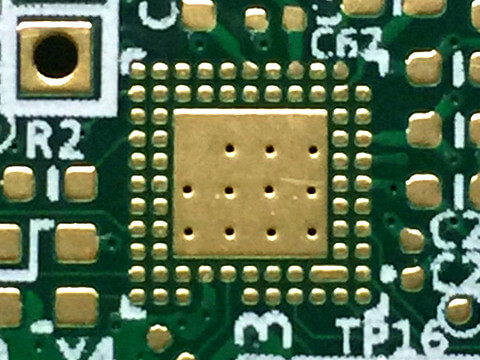 Via in pad is a challenge to PCB manufacturing and assembly

If we put the via on the solder-free pad, it may not be a big problem, but if you put it on the soldering part, especially the BGA pad, you have to be careful.

For example, because there is air in the via hole, in the reflow process, air expansion may occur, generating bubbles in the solder joints or causing out-gassing if improperly handled; if the via in pad is too large, the solder paste flows may into the via, which will cause poor soldering, and even the solder paste flowing to the other side may cause a short circuit.

In order to avoid these problems, the design of via in pad is generally not more than 0.5 mm, and further processing is required in the manufacturing of the PCBs, such as resist plugging, resin plugging, or via plating filling.

Resist plugging: It can be done together when printing solder mask or plugged before solder mask. The process is relatively simple, and an economical choice. However, there are still problems such as bubbles and out-gassing.

Resin plugging: It can achieve good saturation, without the problems of bubbles and out-gassing, but the process spends more hours, and expensive than resist plugging.

Via plating filling: The via in pad is directly filled with metal by electroplating, excellent saturation without a gap, it is the best quality plugging method, but the strict process control is a barrier to many PCB manufacturers, while also cost a pretty penny.

Via in pad is not a necessary process, meanwhile no need to avoid deliberately. Whether to use via in pad depends entirely on the design. If you have any questions about this, contact us. PS Electronics is a 26 years PCB manufacturer, who is experienced in handling the manufacturing and assembly of via in pad and can provide you with free technical assistance and quotes.