Pay Attention to The Wastewater Treatment during PCB Fabrication Process

PCB fabrication process is a very complex and highly integrated technology, during which a large amount of wastewater is produced. The wastewater has a complex composition, contains a variety of heavy metals ions, metal complexes, organic polymer compounds, and various organic additives.
A large number of metal ions and complexes such as Cu2+, Ni2+, Ag+, Au+, Sn2+/Sn4+, and Pb+ in PCB wastewater are harmful to animals, plants and the environment. The wastewater produced by PCB fabrication process also contains plenty of organic substances, such as surfactants, inks, resists, organic dispersants, brighteners, degreasers and other high concentrations of organic compounds, as well as ammonia, cyanide, fluoride, phosphorus and other pollutants. These substances can affect the function of water bodies and destroy the ecology. For humans, they are the cause of various diseases.

If the PCB wastewater is allowed to polluted, the consequences will be unimaginable. 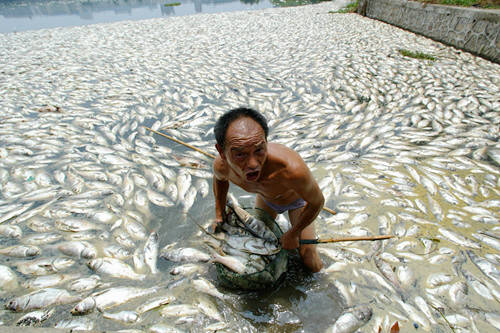 How The Wastewater is Produced? - Analysis Based on Single-sided PCB Fabrication Process

(1) Cutting and Drilling: Cut the single CCL into the required size as needed, and then drill on the copper foil according to the PCB Gerber data.

(2) Cleaning: Before the PCB imaging, there will be a pre-treatment process, which is to clean the copper surface with a dilute sulfuric acid solution and polish it with machines, in order to remove oxides.

(5) Etching: The copper surface not covered with the etching resist is completely etched away by an alkaline etching solution (ammonium chloride + ammonia water) etching solution, and only the copper lines protected by the hardened dry film are left. And carry out countercurrent washing.

(6) Fading: Dissolve the hardened dry film on the copper line with an aqueous solution containing sodium hydroxide or an organic solvent to expose the copper line and wash it with water.

(7) Pressing or Stiffening: The PCB with circuit pattern and cover film with exposures are pressed together by a high-temperature vacuum press. The cover film acts as a permanent protective film on the PCB.

(8) Punching: Punch the holes used for fixing the nuts on circuit boards.
(9) Residue Removing: The oil and organic matter on the circuit board are removed by a degreasing agent and dilute sulfuric acid, and washed by countercurrent washing, washing with water, and drying.

(10) Soldermask (Green): Its function is to prevent bridging during wave soldering, improve soldering quality and save solder. It is also a permanent protective layer for printed boards that protects against moisture, corrosion, mildew and mechanical abrasion.

(14) PCB Surface Finish: Cover the copper layer with nickel alloy for protecting the copper foil from oxidation and providing a solderable surface for PCB assembly.

How to Deal with The Wastewater Produced by PCB Fabrication Process?

Chemical precipitation is the use of one or several chemicals to convert harmful substances into easily separated precipitates or precipitates. There are many kinds of chemical agents used for circuit board wastewater treatment, such as NaOH, CaO, Ca(OH)2, Na2S, etc. The precipitant can convert heavy metal ions into precipitates and then pass through an inclined plate sedimentation tank, sand filter, and filter press. Etc., to separate the solid and liquid.

This novel approach consists of three parts. The first part is an ionized gas generator. Air is drawn into the generator, which can change the chemical structure of the ionized magnetic field into highly activated magnetic oxygen ions and nitrogen ions. The gas is introduced into the wastewater by a jet device. Harmful substances such as metal ions and organic substances in the wastewater are oxidized and aggregated and are easily removed by filtration.
The second part is an electrolyte filter that filters out the agglomerates produced in the first part. The third part is a high-speed ultraviolet irradiation device. The ultraviolet light is injected into the water to oxidize organic matter and chemical complexing agent to reduce CODcr and BOD5.

PS Electronics' PCB fabrication process adheres to the concept of lead-free manufacturing, which is also RoHS and ISO14001 compliance. We classify, collect, and reuse wastewater, work together with professional companies to make PCB wastewater treatment fully meet national requirements.
This is one of the reasons why we are still in the Pearl River Delta while many factories had evacuated. 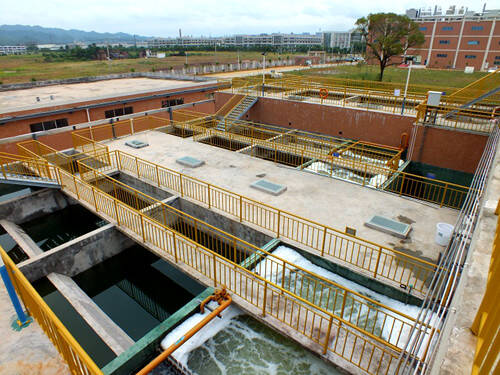