What are Subtractive and Semi-additive in PCB Production Process?

In the current PCB production process, there are mainly three manufacturing technologies: subtractive, additive, and semi-additive. 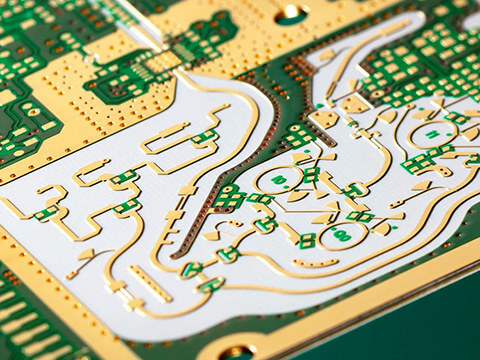 1. Subtractive: subtractive manufacturing is the earliest PCB production process, and it is also a relatively mature manufacturing technology. Photosensitive resist materials such as dry films are generally used to complete the pattern transfer, and the material is used to protect the traces and via holes.

The copper layer of the unprotected area is removed by an acidic or alkaline etching solution, forming the circuit traces by subtracting the copper layer.
Subtractive is also known as Tenting/Negative film PCB production process.

The typical flow of this PCB production process is: first attach the photosensitive dry film to the surface (film-laminate), then cover using the negative film (the transparent part is the pattern to be retained), irradiate the dry film with UV light through the Neg-film. The film is polymerized under irradiation, thereby transferring the pattern on the film to the dry film (exposure). The unpolymerized dry film is then dissolved using a sodium carbonate solution leaving the exposed dry film (development). The copper not covered by the dry film after development will get etched (etching) with an etchant. Finally, the polymerized dry film is removed using film remover (film-removal), then we get the circuit traces.

2. Additive: printing the circuit pattern on the substrate without copper foil, then plating to forming the copper traces. Since the traces need to be added to the printed circuit board, it is called additive PCB production process.
The additive PCB production process has high requirements for electroless copper plating and the bonding ability between copper plating and substrate.
This kind of printed circuit board fabrication process is simple, with no need for CCL (copper-clad laminate+), no need to worry about electroplating dispersibility (completely electroless copper plating), so additive method is mainly used to produce inexpensive double-sided PCB.

3. Semi-additive (mSAP): the semi-additive PCB production process was come up to produce finer traces. In this process, a portion of the copper is first plated on the copper-clad laminates and then electroplate again with covering the areas that do not need to be plated (pattern plating). Because this process requires secondary copper plating, it is called semi-additive, or Pattern/Positive film PCB production process.

The typical flow of the semi-additive PCB production process is such that a dry film having good plating resistance is attached to the surface of the CCL. Further, cover with a positive film (the opaque portion is a pattern to be retained), the dry film is irradiated with UV light, the uncovered dry film will polymerize, thereby transferring the pattern on the film to the dry film. The unpolymerized dry film was dissolved using a sodium carbonate solution, the circuit pattern will appear while leaving the exposed dry film. Then, the copper is electroplated to meet the customer's request, and plating tin on the copper to protect the pattern from etching away in the next step. Next, the polymerized dry film is removed by using film remover, the undesired copper is visualized, which will be etched away by an etching solution, now get the circuit traces protected by tin. Finally, remove the tin to finish this processing.

All of the above PCB production processes are employed in our PCB manufacturing, to meet different PCB designs and budgets. And if you have any questions about this, please feel free to contact us.