How to make PCB panelization

If you work in manufacturing or you plan to produce a new product, productivity is the name of the game. Ever since the Industrial Revolution, the focus has been producing more widgets per man hour, and PCBs are no different. When you're bringing a new product to market, why pay more for your order than you need to? 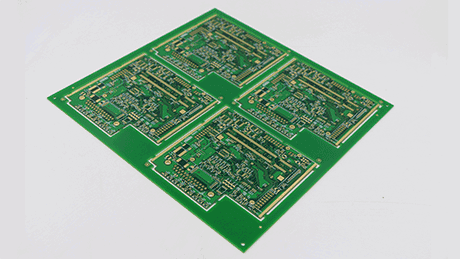 PCB Panelization is a process of arranging multiple boards in an array on a single panel with a standard size. Think of it as building copies of your board on one large substrate. Running a single panel through assembly and separation machines represents a more or less fixed cost, and electronic contract fabricators usually quote PCB prices on a per panel basis. Your goal should be to arrange the maximum number of possible boards on a single panel while still satisfying tooling constraints.

One way you'll need to prepare your panelized boards for manufacturing, separation, and PCB assembly is to place fiducial markers on your panelized PCBs and one the PCBs themselves. These markers are also called pattern recognition markers, and they are used by pick-n-place machines to verify the orientation of your board and measure distances between different locations on the board or to reject a board that does not meet specified tolerances.
Fiducial markers should generally be placed at opposite corners of a board and at opposite corners of a panel for measurement. A third fiducial marker can be placed at another corner in order to verify orientation. This allows a pick-n-place machine to determine if the panel was loaded in the correct orientation, and automatic assembly machinery can use these markers to mount components in the correct location and orientation. 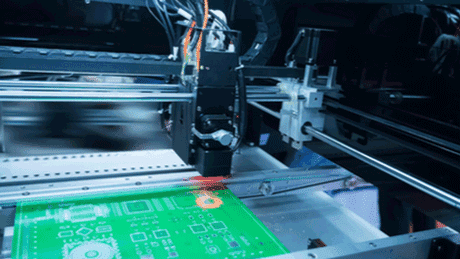 Standardized tooling equipment can also place a size constraint on each panel and will constrain the spacing between boards. Once you’ve planned out your panel arrangement, you'll need to account for separation processes and include space for separation tools between your boards. The exact tooling process that is used for your board depends primarily on its thickness and the substrate material.

If you're working with very thin boards that can't withstand a large amount of mechanical stress, a laser cutter or a router bit with a CNC machine can be used to easily cut out each panel. When the panels are very thin and wide, router bits generally operate slower to reduce stress near the center of the board, which can actually decrease throughput. As boards get thicker or a sturdier material is used for the substrate, manual or automated cutting processes with saws can be used to separate boards from a panel. One popular method is to place V-shaped grooves around each board in a panel, and a saw that resembles a pizza-slicer can be used to separate boards by cutting along these grooves.

Here are some suggestions for preparing PCB panelization:

1. The outer border of PCB panelization should adopt a closed-loop design to ensure that the panel will not be deformed after being fixed on the fixture,

4. The center distance between the pieces is better controlled between 75 mm to 145 mm,

7. Four positioning holes are set at the four corners of the outer frame of the PCB panelization, of which the diameter is 4mm±0.01mm,

*Many electronic engineers will make their PCB panelization before delivery the Gerbers to fabricators, they use software like Altium, Kicad, PADS, Allegro, even eagle. If you have no idea or proper software for PCB panelization, do not hesitate to contact us, our engineering team will get it finished.*