What Are the PCB Panelization Methods?

PCB panelization refers to a technology in which some unit circuit boards are connected together in a certain way to form a big panel, achieving maximum utilization of copper-clad laminates (CCL), while running mass PCB production and assembly high-efficiently.
For a small number of prototypes, PCB panelization is not so necessary because the time and cost are almost the same, but for those very small PCB boards and irregularly shaped boards, the necessity of the PCB panelization is greatly improved. 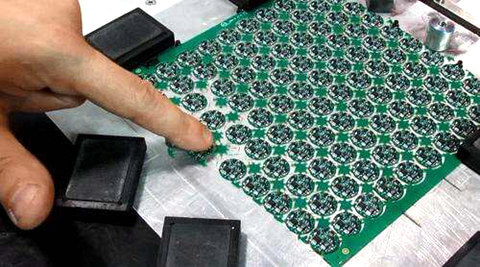 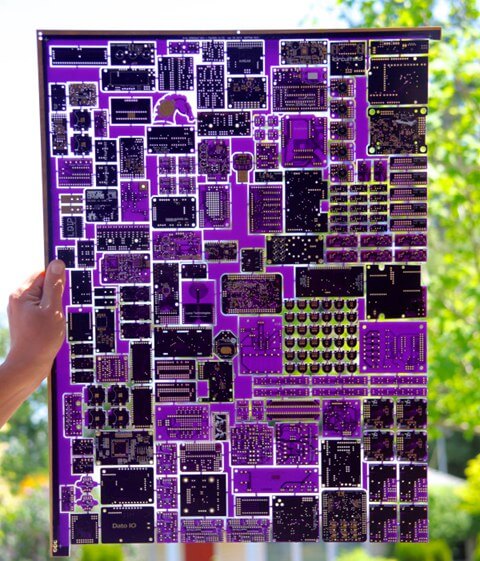 It is also a labor-saving practice to hand over PCB panelization to the PCB manufacturer, but if you want to go with yourself, the following introduction will give you a better understanding of how to do PCB panelization.

Mark points: Used to help the placement machine locate the exact placement of each component. The mark points are generally located at the across corners of the entire PCB panel. 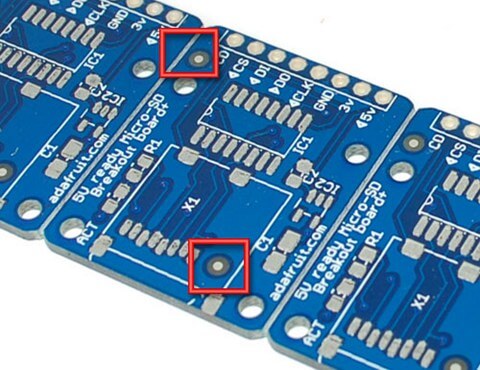 Breakaway tabs: In order to assist in SMT assembly, the breakaway tabs are added to on the two sides or four sides of a PCB board, they are not parts of the PCB board, will be removed after assembly.

V-grooves (V-cut): The most common type of PCB panelization is to cut out the V-grooves with a depth of 1/3 of the PCB thickness on both sides of a PCB board with a router bit of 30 or 45 degrees. V-grooves allow the PCB panel to maintain mechanical strength while being manufactured and easily being separated after assembly.
The V-grooves are suitable for a PCB with two parallel edges, such as a rectangular board. After being depanelized, the edges of unit board can generally have a good uniformity.

For PCB with a thickness of less than 1.2 mm, the V-groove method is not suitable.

Stamp holes (Routing Tabs): If the edge of the PCB board is not straight or if V-groove cannot be used, you can use the stamp hole for PCB panelization.
Use a "bridge" that is wide on the two ends while narrow middle to connect the two units, or between the units and the breakaway tabs, there will be a row of holes like bitten by a mice at each edge of the "bridge".

Routing tabs may cause edge burrs and require special attention when designing the panelization. 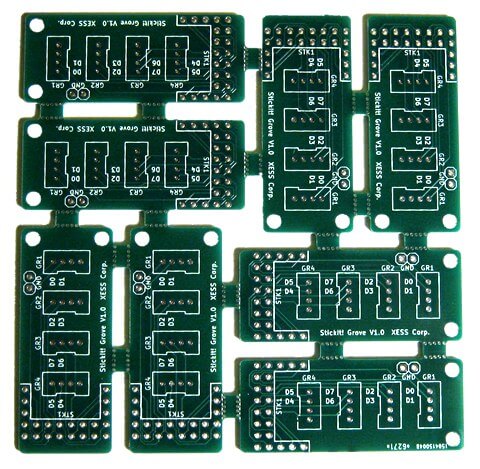 a) The routing tab is between unit and breakaway tab without traces on it, the setting is as shown below. 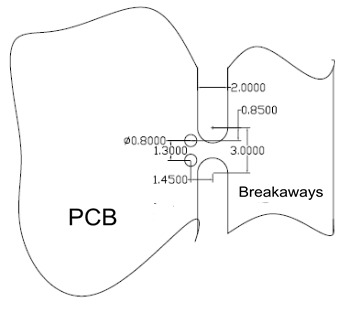 b) The routing tab is between unit and breakaway tab with traces on it, set as follows. It is required that the traces on both sides of the via are not in the same layer, and the trace width is required to be above 0.3mm;

c) The routing tab is between units without V-grooves, as follows. 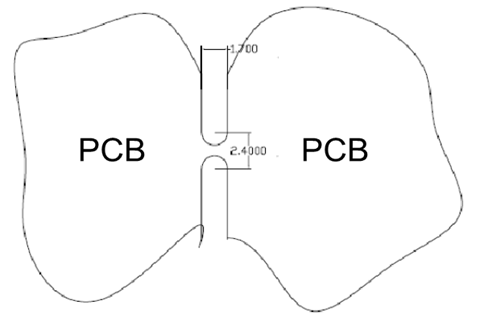 The above three methods require a distance between two tabs from 6 mm to 40 mm. 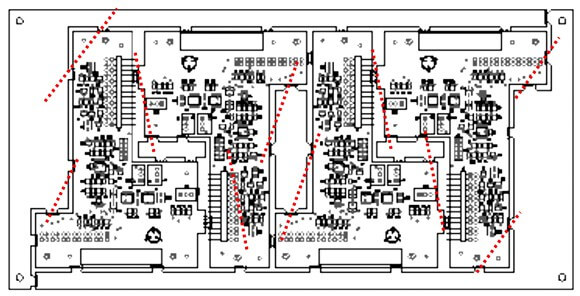 PCB panelization often requires experiences and carefulness, if you've got any questions, please contact your PCB assembly manufacturer for assistance.