Why did MPI Flex Circuit Board Get Favored by Apple?

What is MPI Flex Circuit Board?

MPI flex circuit board (FPC), based on modified PI material (Polyimide, a polymeric material with a repeating beryllylene structure, which is widely used in flex circuit board manufacturing because of its reliable thermal stability and excellent mechanical properties), possesses high-frequency properties that are superior to conventional FPC made by PI.

In recent years, with the increasing complexity of mobile devices and the continuous improvement of communication frequency, ceramic antennas that had been widely used in the past have been gradually abandoned due to its material characteristics are not suitable for multi-band, and instead, PCB antennas have been adopted, in which MPI flex circuit boards are good for multi-band complex antennas, with flexible modeling, and low manufacturing cost, has become one of the mainstream choices for mobile antennas.

MPI flex circuit boards have been adopted by iPhone 11

Many new mobile phones in 2019 have begun to be equipped with MPI flex circuit board antennas, the most famous of which is the new iPhone 11 that was recently released. In 2019, Apple instead of using LCPs alone, and introduced MPI flex circuit boards as antennas at the same time, what made more FPC electronics manufacturers able to join in, which helps promote the continued development of MPI flex circuit board technology and rapid improvement of PI. 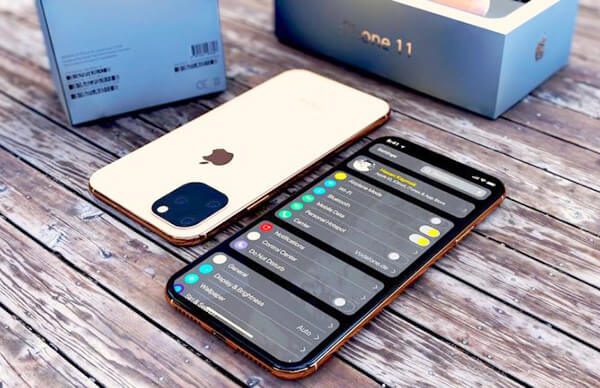 Actually, among the antennas used in the iPhone 11, LCP is a high-frequency material that is superior to MPI.

LCP, the full name of Liquid-crystal Polymer, is a new high-performance engineering material developed in the early 1980s, which has excellent thermal stability, mechanical properties, electrical properties, consistent performance throughout the RF range, and very low loss (better than MPI, 10 times less than PI), especially good for high-frequency high-speed circuits. LCPs were widely used in previous generations of iPhone before the iPhone 11.

Then, why did Apple introduce an MPI flex circuit board as an antenna?

The reasons for the guess are the following:

1. LCP is more expensive than MPI flex circuit board.

The cost of MPI is about 70% of the cost of LCP. Although the antenna part of iPhone 11 is not cheaper than before, Apple's use of the cost gap between MPI and LCP strengthens the design, which was expected to compensate for the drop in material properties while improving the usability of the antennas.

2. LCP is more difficult to process than MPI flex circuit board.

LCP materials have high shrinkage, which is not only more difficult to control but also affects the module, and MPI's characteristics can avoid these problems.

At present, LCP production is basically concentrated in Japan, such as Murata and Kuraray, which not only narrows space of bargaining, but too concentrated producers may bring hidden dangers to Apple.

4. Limits to the improvement of LCP technology.

LCP is difficult to process, expensive, and high in shrinkage, which limits further improvements in its characteristics.
For example, iPhones have been widely criticized for their worse signals. The reason for this is that LCP material limits antenna performance and is difficult to improve. Meanwhile, MPI flex circuit board currently has the same characteristics as the LCP during 10-15Ghz, and its chemical structure is flexible and has a wider modification space.

PS believes that MPI has enough advantages to make it widely adopted by the core components of communication electronics in the 5G era. While, LCP, despite the above shortcomings, will still be difficult to be replaced because of its superior performance in high-frequency high-speed fields, Chinese PCB industry still has a long way to go.

Look for PCB & PCBA for your products? Contact PS Electronics, who is a 26-year-old PCB board manufacturer/assembler that offers cost-effective turnkey services, including rigid boards, FPC electronics, rigid-flex types.