The CCL (copper-clad laminate) for HF PCB (high-frequency board) has the characteristics of high technical threshold and strong bargaining power in the downstream. According to the research, the gross margin of CCL for HF PCB is around 40%, higher than other types. At present, the global leaders are mainly the US-Japanese companies, such as Rogers, Taconic, etc., but some Chinese suppliers such as Shengyi Technology also have made good progress on the materials for HF PCB. 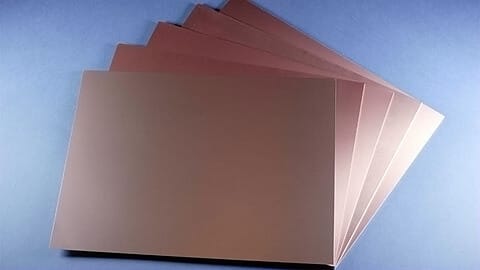 Roger Grop is the world's leading specialty materials company, founded in Massachusetts in 1832. The demand for communication generation upgrades has increased over the past 10 years, and the company's HF PCB CCL business has grown as demand for new technologies and innovative solutions has grown. Future IoT and intelligent systems will drive the demand for larger advanced engineering HF PCB materials. As data volumes doubled and demand for speed, bandwidth, and functionality increased, the company's advanced HF PCB materials and connectivity solutions are expected to continue to lead the world in next-generation wireless networks, power amplifiers, and smart antenna applications. At present, more than 70% of the company's revenue comes from international customers, and revenue in Asia accounts for more than 30%.

China HF PCB CCL manufacturers are catching up on scale and technology, which will break the monopoly of the United States and Japan. Through independent research and development, suppliers like Shengyi and Huazheng New Materials have broken through technical barriers, and the performance of various products for HF PCBs has reached the world's top level. Among these Shengyi's PTFE product performance has reached the top level in the world, and its GF220, GF265, GF300, and other series performance is comparable to the international leader. In addition, the company's products have passed the certification of important customers such as Huawei.

PS electronics have got rich experiences in HF PCB manufacturing and assembly. Our CCLs totally come from the top suppliers, such as Rogers, Shengyi, Taconic, etc., covering almost the types. Feel free to contact us for assistance if you get stuck in your HF PCBs.