ENIG plating and electroplated gold are two methods to complete the surface coating of PCB boards, which are also divided into hard gold plating, soft gold plating, flash gold, etc. Many purchases and designers could hardly tell them apart.

It is also called electroplated nickel-gold. When "Gold" and "Copper" are in direct contact with each other, it will occur electron migration and diffusion, so a layer of nickel is applied to the surface before gold plating.

Electroplated gold can be divided into hard gold plating and soft gold plating, the difference between which is whether it is "pure gold". The higher the purity of "gold", the softer it is. In order to increase the hardness, other metals (usually cobalt, nickel or iron) are added to the chemical composition to form an alloy, which is just hard gold.

Hard gold plating surface is harder and resistant to friction but has poor solderability, so it can be used in places where soldering is not required but subject to force and friction. Often-seen used in selective gold plating on specific parts of the circuit boards such as "gold fingers". The reason why it is called "selective gold plating" is because the entire board is not required to be gold-plated, which reduces the use of gold, taking into account both manufacturing costs and product performance. 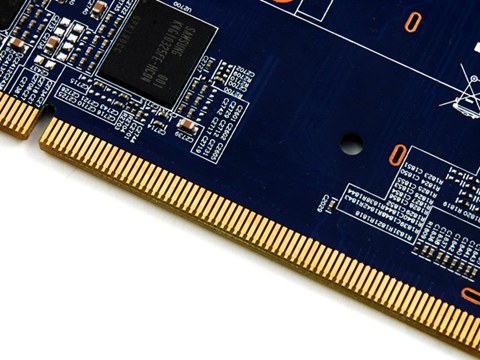 Soft gold plating has good adhesion, and gold can form a good alloy with aluminum, so it is generally used aluminum/gold bonding on COB (Chip On Board).

Now chemical immersion gold generally refers to ENIG (Electroless Nickel Immersion Gold). The advantage of ENIG plating is that it can attach "nickel" and "gold" to the copper without the complicated electroplating, and its surface is flatter than electroplated gold, which is good for the finer and finer pitch. 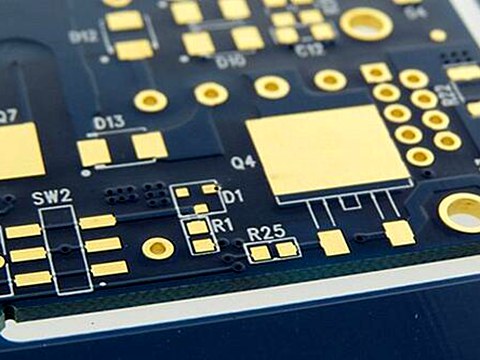 Because ENIG plating uses a chemical substitution method to produce the effect of the surface gold layer, the maximum thickness of the gold layer cannot in principle reach the same thickness as electroplated gold.

Flash gold just means rapid gold plating. In fact, it is the pre-process of hard gold plating. It uses a large current and the solution with a higher gold content to forms a dense but thinner gold plating layer upon the nickel layer to facilitate subsequent electroplating of gold nickel or gold-cobalt alloy. Some people see that it is also possible to make a "gold-plated" PCB, while the price is cheaper and the PCB manufacturing time is shorter, so sell such "flash gold" PCBs in the market.

Because "flash gold" lacks the subsequent electroplating gold process, its cost is much cheaper than real hard gold plating, but its gold layer is very thin, which generally cannot effectively cover all the nickel layer under the gold layer. Therefore, it is relatively easy to cause the oxidation problem after the circuit board is stored for a long time, which further affects the solderability.

From a cost perspective, the cost of electroplated gold is relatively high compared to other surface treatment methods (such as ENIG, HASL). Unless there is a special purpose, it has no cost advantage over ENIG plating,

In terms of material properties, ENIG plating is easier to be soldered than hard gold plating without causing poor soldering, and the crystal structure protect it from oxidation,

In terms of electrical performance, along with the denser and denser PCB layout, electroplated gold easily to cause the wire to short-circuit. ENIG plating boards only have nickel-gold on the pads, can furthest avoid short-circuiting.

How to Choose the Right Gold Plating Method?

Which can be considered from the following 4 aspects:

Soft gold plating/ENIG plating is more likely to get scratched. Generally, it is recommended to use hard gold plating in applications that require beautiful gold contacts (such as visible interconnect applications).

But the above is for reference only, we cannot rule out other possibilities. If you have any suggestions or unsolved questions on this, welcome to contact PS electronics, the 26-year PCB/PCBA manufacturer.