What are Dry Film and Wet Film in PCB Manufacturing?

It is known that the circuit patterns need to be moved to circuit boards from CAD files, a series of processes and materials are required. During the exposure and development processing, the PCB manufacturer uses a kind of cleanable chemical protective films to transfer the circuit patterns to CCL, they are usually divided into dry film and wet film (resist).

Both of dry film and wet film are photosensitive materials that react chemically under specific wavelengths of light. 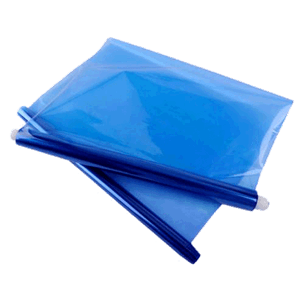 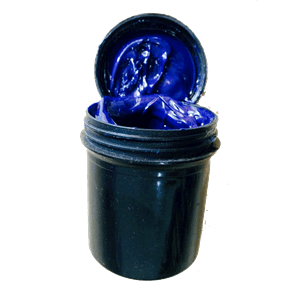 The dry film and the wet film are similar in usage, Take dry film as an example for simple introduction here.

The most common production process is to put the dry film-attached CCL under the film with the circuit pattern and expose/develop it in the UV machine. The dry film uncovered by circuit pattern gets hardened, meanwhile, the covered dry film can be removed. Next, the bare copper wire is tinned and then coated with etch resist, and the hardened dry film and the underlying copper are removed in the etching process, finally, you get the desired circuit traces. 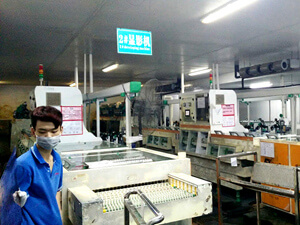 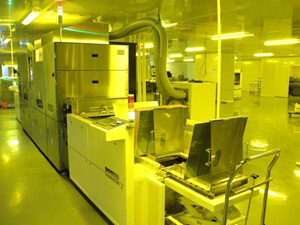 PS Electronics transfers circuit patterns to CCLs by a series of automatic machines, probably you cannot see the processing inside the machines. But for DIY PCB making, the dry film is also required, based on the same principle, the excellent video below may clarify the processing for you.

Dry film is easy for process, does not affect the holes on the board, it has advantages when dealing with higher density circuit. But the protective layer on the dry film causes limited resolution in circuit patterns, while the scratches or left bubbles after pasting may cause circuit defects. Dry film is generally a little expensive than wet film.

Wet film has high precision and is suitable for an uneven surface, but requires precise control of thickness and uniformity. The resist in the holes must be removed completely after these processes, otherwise, the circuit will be unavailable. It's more difficult to operate and control than the dry film but the price is relatively low. In additional, the waste liquid produced is also unfriendly to the environment.