What are Blind Via and Buried Via?

Plated through-hole, blind via, and buried via are often mentioned when it comes to PCB manufacturing. But what do they mean? What is the difference between them?

Before the introduction, let's have a look at the holes on PCBs. The holes on PCBs play different roles, plated through-hole, blind via, and buried via are all plated holes or called via holes, which play the role to connect electrical network on different copper layers. Except for which, non-plated through-hole is another usual type, which is used to fix the circuit board to somewhere,  or insert components for soldering (Only for the single-sided board).

Plated Through-hole VS Blind Via VS Buried Via

Pick up the PCB board and face the light, the bright holes are the plated through-holes. 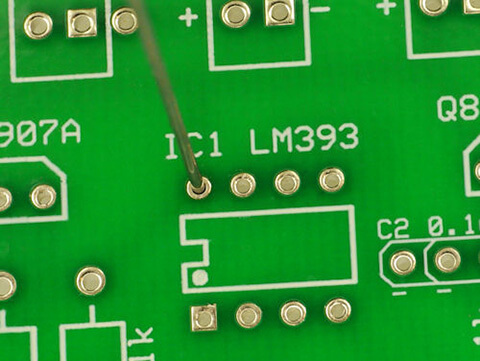 The outermost layer of the PCB is connected to the adjacent inner layer by a plated hole, since this hole is not visible on another side, it is called blind via.

In order to increase the space utilization of the PCB circuit layer, the blind via technology came up. The layer count of circuit boards with blind vias is at least 4.

In blind via manufacturing, the build-up method is usually used with lasering to create the required blind holes, so the blind via diameter is smaller (Typically 4-8mil).

Blind via technology saves board spacing, is good for high-density interconnect designs (HDI). However, blind via manufacturing is difficult, especially for the ones cross through more layers, so it costs more to make a PCB with blind vias.

The buried via is not seen from both sides of a PCB board, because it is only used to connect the inner circuit layers, so it is called buried via.

The buried vias must be drilled in the processing of the inner layer, while hole plating is required at this stage, then it probably goes through multiple laminating, which is more complicated than the processing of blind via, so the price is also more expensive.

Usually buried vias are only used on the HDI circuit boards, such as smartphones, multi-function digital devices... 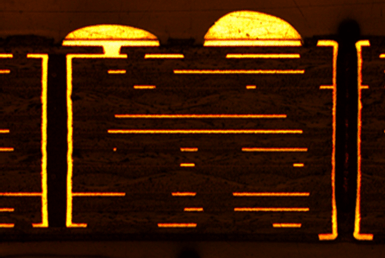 No matter Plated through-hole or NPTH, blind via or buried via, diversified demands make them necessary. But please ask your PCB company for their capability of via holes drilling before you employe them, because different vendors have different areas of concern.